Seeking Justice in Their Own Ways 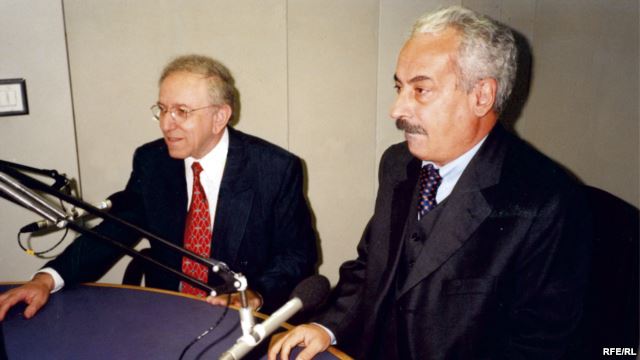 My grandfather, on the left, interviewing the former Prime Minister of Romania, Radu Vasile, in 1998.

My grandfathers’ lives could not have started more different. On my mother’s side, my “Zeida” was born in a small town in pre-war Romania. While on my father’s side, my “Papa” was born in Brookline, Massachusetts, right outside of Boston. And while their experiences in childhood were very different, they both lead lives driven by a sense of justice and doing what was right.

After emigrating from Romania to the United States with my great-grandmother, grandmother and mother in 1973, my Grandfather Nestor Ratesh began working as a Journalist for Radio Free Europe, which broadcast uncensored news past the Iron Curtain. Eventually, he became the director of the service’s Romanian-Moldovan section, and continued working even as the two previous directors had been assassinated by the Romanian secret police. My grandfather was lucky however, and even after the Romanian Revolution of 1989, he continued to report the news. Growing up, I heard many stories from him and my mother about his work, and am continually inspired by his persistence under such terrible political conditions.

On my father’s side, my Grandfather Michael Miller went to law school in Boston and started working for the National Labor Relations Board in Chicago. After a brief time at a field office in Milwaukee, he came to Washington DC as an Assistant General Counsel and eventually became an Administrative Law Judge for the agency. During his time as a judge, he issued over 200 decisions to uphold US labor law and ensure fair union election and bargaining processes for workers. Even after his retirement from the NLRB, he continued his work, serving as an Arbitrator for the National Mediation and Conciliation Service and a hearing officer for the DC Public Employee Relations Board. Though I started working in the labor movement after his death, his legacy of working for fairness for workers continues to be an inspiration to me every day. 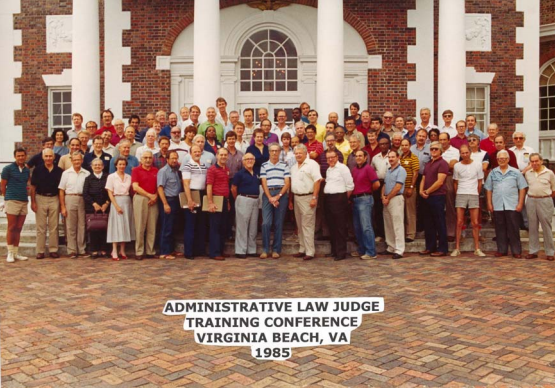 NLRB judges in 1985. My grandfather is in the first row, 7th from the left. 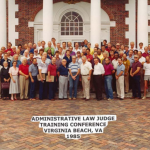