Bill Flynn, On the Frontlines At Home and Abroad 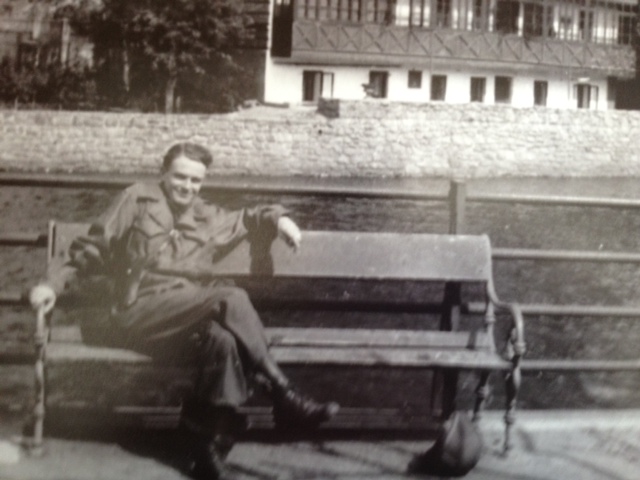 My grandfather, Bill Flynn, worked as a lawyer and committed his life to public service and combating corporate war profitteering. As the son of a railroad worker in Michigan, he was the only one of his siblings to go to college and later pursue a degree in law. After his first year of law school, Bill Flynn was drafted into the army and was deployed to the frontlines of the infantry two days after D-Day, the Allied invasion of Germany-occupied France. My grandfather’s service in the infantry of World War II was a defining experience of his life and one that determined the future path of his career in law. He witnessed the frontlines of ground warfare, experienced the heart wrenching loss of his fellow armymen, and–upon the 1945 defeat of Germany–traversed through Germany to Czechoslavakia to liberate the concentration camp of Flosenburg. Upon returning to the United States, he returned to law school at University of Wisconsin to find that nearly 2/3rds of his fellow law students had been killed on the frontlines of the war. My grandfather was an understated man–he rarely talked about the realities of warfare or his experience of loss. But I know that this experience defined his sense of purpose and solidified his commitment to the values of democracy, human life, and opposing facism and tyranny. As a lawyer, my grandfather devoted his life to public service and passed over opportunities in the high paid corporate sector to work for the US government. He served as the chairman of the Western Renegotiation Board, a government agency charged with reviewing private defense contracts with the U.S. State Department in order to monitor and expose corporate profiteering off the defense industry. His committment to this work sprang from witnessing the war profiteering of Nazi Germany and, later, by experiencing the betrayal of his values through the war mongoring and corporate profittering by US companies in the Vietnam War. In his legal work, he remained committed to curbing corporate greed in the defense industry and to ensuring that private industry did not profit off the sacrifice and human loss that he had so intimately experienced on the frontlines of World War II. His life path and the values that he passed down to my mother taught me important lessons about work and my position in the world. The most important lessons for me are that I should constantly strive to align my work with my values, to work in the interest of the public, and to fight to expand and realize true democracy. As a labor organizer, I strive not only to realize material change and economic justice, but to democratize the workplace and build a collective voice for working people in the places they work. 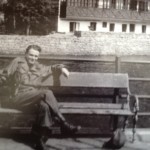